Hi,
So reading about some challenge to submissions cases, I believe there are serious issues regarding what a good video submission is. Referring to the guidelines we have that for the video to ve valid:

The video quality should be at least 360p, at most 2 minutes long, and in the
video/webm, video/MP4, video/avi or video/mov format. Lighting conditions and
recording device quality should be sufficient to discern facial features and
characters composing the Ethereum address displayed.

The definition of video format standards is an inherited nomenclature from the time that analogue TV transmission required how many horizontal lines were required to form an image on a cathodic ray tube. This is why 360p is referring to the height of the image in a standard aspect ratio of the old TV sets. We’ve come a long way since then and the digital image creation and form factor of the digital video cameras has chanced a lot since then.

In the Kleros courts, the 360p is used as the size in pixels of the image frame. In case Kleros · Court the argument is made that video is 640x352px and " does not reach the required 360px in one of its dimensions." which is an actual misinterpretation of what 360p is because it refers to the horizontal resolution, not one of its dimensions. This is not the only issue that arises with this and similar cases. The current cell phone cameras have their sensor arranged in the form factor that best resembles the cell phone screens, being the vertical dimension the predominant axis, as opposed to the horizontal predominance in TV and others (where the 360p comes from). Also, if we actually follow the definition of 360p as the horizontal resolution, then the height of 640 being higher than 360 pixels would fit the requirements and should not be used as a reason for challenge. 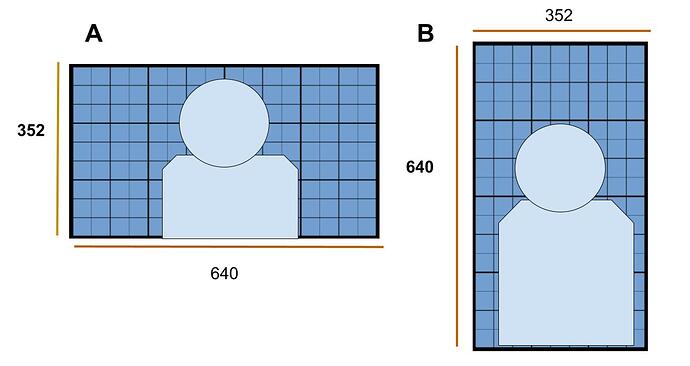 Untitled drawing1260×669 46.8 KB
In this set of images, if we stick to the “360p as the amount of horizontal lines” definition, the same subject at the same distance, with the same camera but one is recorded in landscape but the other in portrait mode, image B would be accepted and image A would not. Also, because of codec restrictions on size of block of images, it is not possible to have a perfect 360 pixel dimension at any of the axis, since the block size is 16x16 pixels and 360 is not divisible by 16, hence the codec crops 4 pixels at each side of the image. These four pixels per side have been used by opportunistic challengers claiming that there is a violation of the 360p rule, and I believe it is extremely arbitrary and not a real cut-off point given that the most widespread technology does not allow that a regular user can change the resolution.

Even worse, there are currently submissions that, in order to fulfill the 360p requirements, just add padding to the sides of a vertical video, actually reducing the effective resolution of a video that had more resolution in the original. 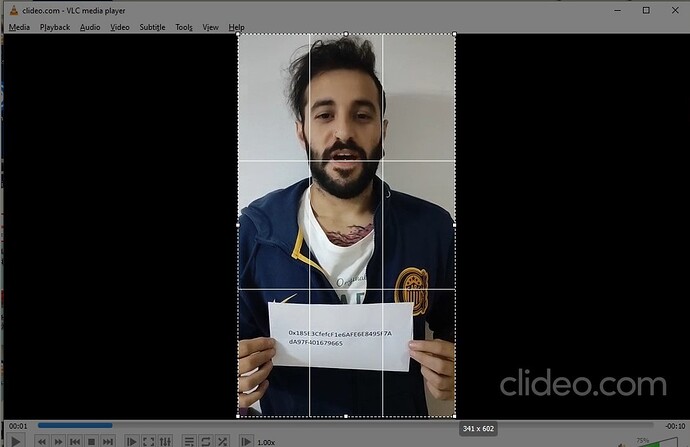 Here is a vertical video that probably had a good vertical resolution, but thinking that the 352 pixels of width would result in a challenge, it was edited so that it had 1080 pixels wide. In reality, the actual image now is around 340 by 600, a much worse resolution than what the original video was.

Another issue is the relationship of the face to the picture frame. There is no specification to where the face should be in the picture frame, so there are cases in which there is a beautifully 1080p video, in which the face is almost in the background, which results in a face that is 170 pixels wide (probably smaller than a 352p video that has the face in the foreground, occupying the whole picture frame). See below: 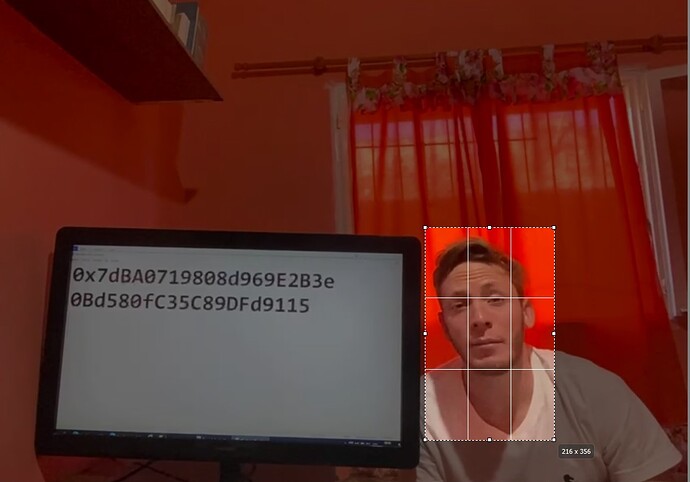 The last issue that is being overlooked is the question of video bitrate. Currently there is focus on video frame size but there is no attention to the level of compression that is being used. In that regard, videos that use good compression but slightly below the critical resolution are in par with videos that fullfill the frame dimensions but use low bitrate. As an example, this video has a face visible at some point, the address is visible, and it fits the dimensions required. The only thing different is that the bitrate was set to 25kbps:

There are a series of measures to be done in the short, medium and long term to solve this. My proposals are:

This would avoid opportunistic challengers and situations that currently diminish the trust and eagerness for potential new registrees in the registry, and at the same time, make improvements in the actual real quality of the videos.

Excellent contribution. For the long term solution, this thread has some great ideas: List of UX/UI Submit Profile ideas

Agreed. This is an early process that will require a lot of refinement.

I support this proposal

relevant: this pull request by Ted was merged to the website which checks the video dimensions: feat: validate video dimensions in profile submit form by RoboTeddy · Pull Request #307 · Proof-Of-Humanity/proof-of-humanity-web · GitHub

Yes! This is a very good first step! I think that now that the dimension discussion is almost over, we should move to the other issues regarding submission rules.

I would like to see the following being proposed in the short term:

This should generate decent submissions, and it shouldn’t be very hard to check.

Also, do we all agree that portrait video should be encouraged/the standard?

As a rule of thumb, if you take a selfie video you should be fine - if you don’t have abnormally long arms or a very small head.

There are easy and hard ways to make this into a rule. Here’s an example of precise instructions for the picture for Permanent Residence applications in Canada.

I believe that this would be a good case to make distinctions between vertical and horizontal frames like you proposed. A (relatively) simple way would be a rule that says something like:

In vertical videos, an imaginary vertical line from the chin to the midpoint of the horizontal line between the inner corner of the eyes should be at least X% of the frame height. In horizontal videos, should be another X%.

Also, do we all agree that portrait video should be encouraged/the standard?

That could be another option, and a really good one since faces are vertical and there’s more image real estate vs the background.