Rewriting of the proposal:
Replace

Admins acknowledge that access to communication channels or profiled labelled as “admin” give them an additional power which comes with additional responsibilities:

This doesn’t preclude them from formalizing criticism on Proof Of Humanity but it should be done either in a purely technical manner or using a non-admin account.

I would like the candidates to burn UBI to become eligible.

The proposal can go to next phase.

I found out another issue with this proposal which is the following paragraph:

To prevent ties in conflicting decisions within the role, an uneven number of admins will be appointed, ideally 3 (or 5, depending of size and complexity of the platform):

What does this mean?
It looks like it’s making an election system but it doesn’t specify how. Is is a proportional list system where the winning list cannot get more than 3 (or 1)? And where the winning list cannot get less than 3 (or 1) seat?
If so we’d need to specify the electoral method as here there would probably be some dispute about electoral results.

Moreover giving executive power to the minority conjointly to the majority is a really weird thing to do. Because it means that as long as a list gets 1 seat they gain executive power (having more than 1 admin does not give any extra power as all admins get access). This could have disastrous effects where a side want an action to be done while the other side doesn’t (we could have some sort of publish/unpublish ban/unban wars).

This (assuming it guarantees an opposition seat) would again seems a way for a proposer to guarantee his position as admin (since even if he loses the election he’d get the minority seat, unless there are multiple other lists running and he doesn’t end up in the largest minority which seems unlikely).

That also something I’d change on this proposal.

I would oppose the creation of “lists” to elect admins. I believe it could fracture the community. I would rather vote in individual candidates. 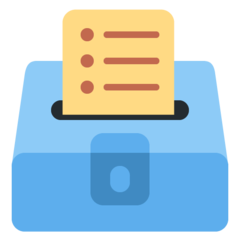 Democratize your open-source software project. A better way for projects to collaborate with their biggest supporters.

Preventing people to delegate doesn’t make sense, election still preserve the democratic control even in case of delegation. If a “famous person” presents itself and then delegates some powers, the people he delegated some powers are very likely to be aligned with the elected person and if they were not, this elected person can remove the delegation.
For example, you don’t vote on each municipal employee, you vote for a mayor/municipal council. Asking to vote for each municipal employee wouldn’t make any sense.

Yes! It can be done. Will work on the update to make this happen.

The current version is a result of an ongoing collaboration with several members of the community (@paulaberman, @santisiri and me, with help of others that prefer to remain anonymous) where we did our very best to integrate the critiques made throughout this thread. Thank you all for your collaboration. Once again, we reinforce our commitment to dialogue and collective construction as the best path towards an effective governance for Proof of Humanity.

Here’s a point-by-point explanation of each of the changes we made:

To all who have contributed with your comments to this thread on phase 1 and 2 (0x00555dc77a343e205cb1c7755407c93470db3f91_Ethereum, iafhurtado, clesaege Justin santisiri, HBesso31, federicoast waly_hh Nuwanda 0xc88920b0e3daab93e9b539a21764a2f50682c2ec_Ethereum, Nachobr), and also the countless members of all telegram groups. We thank you for your constructive input which served to help us construct what we hope is a well-rounded proposal.

This ongoing rotation and evaluation of admins sounds spectacularly useful. Is there any proposal for a situation where there are not enough Admins to manage the various channels? Can Admins manage multiple channels? Should they?

I commented on Paula’s tweet announcing the proposal so I’m quite late to the discussion - I wondered whether a human admin might be biased overlooking one type of discrimination but not another, for example, and how to control for that.

I believe point 5 of ludovico’s post quoted below satisfies my concern.

Put maximum scrutiny on Administrators through a 24/7, ongoing evaluation platform which will allow the community to provide immediate feedback on their performance, as well as effectively respond to malicious attacks.

I think the proposal is great. It has fixed a lot of issues raised by the community. Good job!

Totally naive question, but how do we vote?

@dogweather you can vote here: Snapshot

voting opens in an hour and a half. you have to login with the same address you used to register on poh

you might also wan’t to vote against hip-18, which is the competing proposal:

Despite some clarifications on the voting which are appreciated, the initial concern stays:

Preventing delegations will be prevent an efficient administration of communication channels.

It won’t. It will actually increase efficiency since admins will be dynamically assigned or removed.

That is a slippery slope and it was already explained in the Telegram channels that content generation would still be under control of Mission Board members. The scope of admin and content is clearly defined in the scope, so no real crisis here. Also, not having board members in admin positions is a “nice thing to have”.

Wouldn’t it be better to establish a time period for re-evaluating who are the admins? Example: every Monday at 12PM. First day of every Month.

Is it possible to implement the ability to retract votes on tokenlog?

If there is a constant election going, it’s possible we will change our opinion, after having spent all votes. If we encourage being extra mindful about voting, then we might be rewarding users that do not think long-term and may use all their voting power to attack the system.

Admins revoked in this way cannot re-apply for the role in the next term.

If I understand correctly, there is no “term”, right?

Roles are only revocable for security reasons or serious offenses to the community. The Mission Board can call an emergency voting of 24h in Snapshot

Isn’t waiting 24h too much if there’s a clear attack on the group?

I would have liked to include the ability to remove admins if they are inactive as well.

This part seems to me the dangerous and delicate to take into account. To propose that an Admin cannot express an opinion against poh or any “related” project is to bring to a decentralized democratic governance project, the worst of centralized governments in the world with dictatorial tendency authoritarianism and totalitarianism. Although at first glance it may seem something worthy of sanction for someone with a position in the Dao to make virulent expressions, the economic - political processes of our history have taught us that this mechanism is widely used to silence the opposition, any opinion can be transformed virulent in the eyes of the opposition. On the other hand, the code of conduct for an admin could simply be in line with hip 19 that reaches the entire community and seems much clearer and more precise, unlike someone with a position in the Dao would constantly submit and rigorous to community scrutiny.

They are expected to behave as ambassadors of the project. In addition to following the appropriate codes of conduct:

This doesn’t preclude them from formalizing criticism on Proof Of Humanity. However, it should be done either in (i) a technical and dispassionate manner, and preferably offering constructive solutions, or (ii) using a non-admin account.

If we look at the complete section, this looks way better. They can for sure formulate technical criticism or use non admin accounts if they want to formulate virulent criticism.
That’s what ambassadors should do.