The proposal consists in creating an official support team to handle, in a systematic way, the scalability of PoH. The support team will manage, through the implementation of a customer support system, the simultaneous registration of a large number of members in PoH.

The Human Support team proposal includes a KPI-based incentive plan to reward and hire community members on-demand as the growth of PoH requires it.

There are three main problems in the onboarding process of PoH, these are:

Detailing the above-mentioned problems, the first thing to say is that there are 5 Telegram groups where supporters provide aid. However, there is not a single specialized channel for safely providing support. In Telegram, scammers are abundant.

Scammers in Telegram are abundant, and new people onboarding to Ethereum are easily fooled. We need to protect our members from bad actors.
The Human Support team would be in charge of engaging with newcomers and organizing, updating, and communicating the documentation in a way that people can access it from whatever channel they prefer. For example, the Combot would be set in Telegram and Discord, a FAQ section would be added on the website, and content would be created and constantly promoted through different channels like YouTube and Twitter. That said, all these implementations require people to create, organize, and push them to the community.

Furthermore, Proof of Humanity has not yet engaged in active promotion of its solution, when this happens we won’t be able to handle the high demand for support. This has been evidenced by a special event that required an increased time from supporters. Based on a Telegram statistic made by one of the assistants (Agus), a three-day sample shows that there has been an average of 22 daily consultations per day. In addition, in 3 days she and other supporters have been available in providing guidance on an average of 9 hours per day. These events have made the community aware that both a professional approach and the inclusion of more people are required to enable entire organizations to simultaneously onboard hundreds or thousands into PoH. 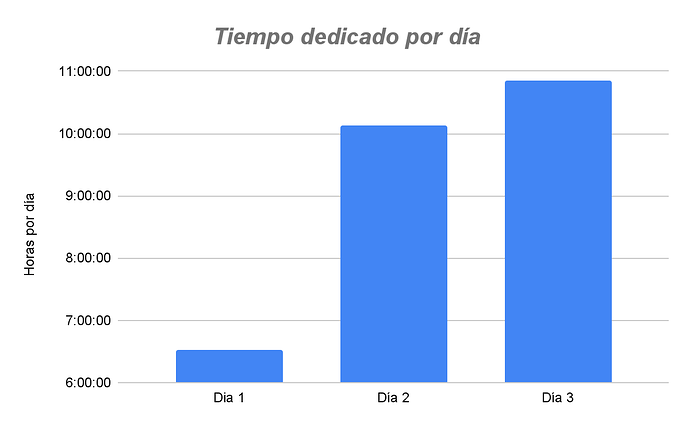 Gráfico1200×742 18.6 KB
Figures 2 and 3. Growth of new users in Telegram and time required for their assistance

In this graphic, we can see that the number of new members started to increase after July 18th (after Vitalik got registered on PoH).

Nowadays we are going through the first steps of PoH, but this will eventually become bigger and bigger and we need to be prepared to be able to satisfy the demand. We are lacking a way to track and measure statistics, and also to improve the process.

Besides, we count on a volunteer-based force that is doing all the support work. They also handle negative attitudes from some people in a professional way (spam and disrespectful manners). PoH has the opportunity to retain passionate and proactive members that generate value for all.

It should be highlighted that Proof of Humanity could not have reached its current mass without the contributions of all community supporters.

Proof of Humanity can take advantage of the knowledge and professionalism of its community members, from now on the “Human Support” team, to provide personalized and inclusive assistance on the applicant’s preferred communication channel. Additionally, this approach opens up a business opportunity for PoH to generate revenue and hire more people.

Create an officially recognized Human Support team, and provide it with the tools and resources to operate professionally. This team will engage into:

The customer support allows to accompany the registry, vouching, and funding of the registrant in a one-to-one interaction, where conversations can be delegated to the person with the right knowledge or context, for example connecting a person that speaks the same language of the registrant or connecting them to a technical supporter when the issue demands it (see Figure 5).

Furthermore, the knowledge and documentation easily accessible through the customer support solution can be used to train as many people as needed quickly. Thus, scaling is possible by opening on-demand job positions to the verified humans of PoH.

2)The incentive mechanism to reward the Human Support Team is a fixed salary streamed based on achieving the KPIs. The salary streaming process that Superfluid allows can be connected to a KPI-oracle. Experimenting with this approach may enable the DAO to hire, negotiate, and fire with more agility to scale as needed.

The KPIs that would be monitored by the oracle are:

The oracle would need to be fine-tuned using the parameters of the first 2 months plus a benchmark of the customer support best practices. Then, it can be automated. An example for each are:

Regarding the quality: If NPS is of 7 the first 2 months, then we would require as a KPI to have 7 or more. The ASA would need to be around the global average of 28 seconds. Both of these metrics can be directly extracted from the customer solution’s report.

Regarding new members: The Number of Humans Registered would require to be higher than the current natural growth, and the Number of Daily Consultations would need to follow it. Both would mean that the service is being used, thus benefiting the whole organization. The NHR value can be directly extracted from http://human.cafe/. The NDC can be extracted from the customer support software’s report.

Finally, regarding the Challenges: The Ratio of Challenges would need to go below the current average. It could also be extracted from http://human.cafe/.

How would these be monitored? Agora.Space and Witnet can set a Discord-based oracle where KPIs are posted with sources (reports and human.cafe). These posts can be monitored by a reaction monitor, which would accept emoji reactions by a) Board Members, b) the PoH team, and c) PoH verified accounts. In this way, the community can directly trigger a review if the results shown are misleading. In that case, a Kleros court could be summoned.

–
3)Implementing cross-communications with all other PoH teams is crucial. The customer support solution and the Human Support team will produce data logs that will feed all teams. For example, the UI/UX team would benefit from this information by understanding how to improve access to the registry.
​​Some of the tactics that we will implement are the implementation of google analytics, tag manager, screen recording, and report generation to communicate to the UX/UI team.

A periodic call should be implemented where teams can cross-pollinate.

–
This HIP is part of a program for operationalizing PoH. The whole community is invited to participate in its drafting. This HIP’s document will remain open to contributions and every day they will be checked by Gabriel (Discord: el.chango#4401), Agus (agus#1529), Valen (valen#3335), and Humberto (HBesso31#4560).

Within Discord, community calls will be carried out every week to draft the proposals collectively. The time of each community call will be arranged by the members leading the proposal. Calls will try to be arranged in English and Spanish. In any case, the documents are in both languages. Recordings will be available at the YouTube and Twitch channels.

Hi,
Adding extra help to users would be nice. But I don’t really see what is this HIP is doing. From my understanding there are 2 points:

Maybe you could clarify this HIP.

I agree with @clesaege this needs a bit more clarity to me as well.

That said: We are advancing on the hiring of a PM and seems like any KPI-oriented task should be under his management directly so we get to be more efficient.

Moving forward, HIPs should fundamentally be about protocol changes or DAO governance more than anything else so we can delegate trust on the PM to get the job done with these kind of tasks more oriented at product or community.

Both of these options were written under the Specification section within the Document. They were not added here as Phase-1 is more discussion about the subject. But will be updated tomorrow.

I don’t understand this part.
Could you have a full cost summary?

I’m also wondering if focusing so much resources on a professional customer support team is necessary as people already do it for free in the telegram or as part of more general responsibilities (i.e. Karen).

Also a simple link to the support telegram would probably be 80% as efficient.

I agree with Santi here. I think these operational decisions shouldn’t be voted as HIPs. They should be under the control of the project manager.

I think its an important issue, and we have to discuss it. Today support is provided by volunteers and i think this put risk in the coherence betwen the support and the oficial “voice” on the future, but i agree that this things should be on the hands of the PM. Mabye we should be discussing diferent support structures we could build, to share with the PM.

I agree with what others have noted above.

While support and onboarding are important, more so in proyects like PoH with so many newcomers to crypto, I still consider it better to wait for the PM’s take on this once he/she is elected.