At the moment the ethereum based wallet address as the username for poh is not that useable for humans.

I am suggesting that we develop a proof of humanity user address masking system that helps us more easily market the project in the public domain.

Twitter @ signs are user-centric not human-centric. .eth addresses are focused on ethereum and are open to signposting in any direction. Having a specific human-centred address format would create a new standard for humans that could be used for all platforms across the new human-centred web. Arguably it would become the most important user name we have.

Ultimately users could be given a generic username unless they choose to burn tokens to choose their own. If the platform were launched on say the 1 year anniversary of the project then a bidding process could be used for shorter and more popular names etc. Having a strong marketplace for identity would create a reason for wealthy people who care about username visual to buy a lot of ubi to win the bidding. The wallet address could still be the core identity under the hood but people could trade the username masking in a similar way to .eth addresses now. That would mean people could buy and sell their mask names which would give more opportunity to burn ubi as a % of commission of any trade.

There will be issues with people passing off famous people’s identity to make money etc but these will have to be dealt with under the kleros platform.

Username acquisition is one of the biggest FOMO areas for any new platform. Using this dynamic to create a strong early financial platform for $ubi

Beyond this there are lots of market opportunities in supporting the avatarisation of POH. Whether this is part of the core identity platform or as part of the ecosystem of use cases that occur around POH remains to be seen.

The important thing is that the platform needs to find multiple ways to create value out of thin air to reverse the deflationary path that distributing 24 ubi per day for every user. With 7.8 billion humans a username masking would create some addresses that sell for ridiculous sums of money.

I live in an island community/country of 63000 people. The car number plate 007 sold for £250,000.00 alone. Vanity is a human feature that we must look to leverage to help the platform succeed. The top names could sell for hundreds of millions of dollars ultimately.

The prospect of this being on the roadmap would create a significant early reason for people to accumulate $ubi whilst the value is low so that they can make large bids for important username real estate on the anniversary.

It is just a crazy idea to create value from nothing. I’d be interested in discussions/ideas/improvements or reasons not to do this.

I don’t see how this adds value to the ecosystem. Seems like ENS with extra steps to me.
Now if PoH were to outgrow Ethereum or decides to build their own chain it might be worth it to consider, but for now there seem a lot more important things to focus on.

Username acquisition is one of the biggest FOMO areas for any new platform.
…
Vanity is a human feature that we must look to leverage to help the platform succeed.

This is a wonderful idea. A few days ago I was thinking of how to build a service that combines unique handles with verified social accounts (Prove I Justin Kalland am a unique human that Tweets under @JustinKalland). Could provide a simple profile page like https://linktr.ee/. It is exciting because you wouldn’t have the problem of squatting. One unique handle per human. Beautiful.

My proposal would be to build this separate from (but leveraging) PoH. The foundation that runs it would offer the centralized directory / registration service / etc. As a user I could go to xyz.com , connect Metamask, and reserve my handle (name). The proof would live on-chain. The same service could offer things like mycoolhandle.xyz.com pages. The ability to verify socials and add them (either off-chain, or proof on-chain), etc.

There would be a lot to figure out like expirations, transfers, costs (hopefully just gas ton interact with the registry contract).

So in short the smart contract would offer a registry to show 0xF4a..1216 -> is a verified human (PoH) -> owns the rights to handle "Justin". Then any service could leverage those handles.

The FOMO around “Hey I have a Humanity Name of Justin, check me out at justin.xyz.tld” would be massive. People would go through PoH just to get one of these exclusive handles, guaranteed. This all adds to my theory of PoH being leveraged to provide authenticity across web3.

To add to this. We have to look at the macro figures and build towards them.

$500 per month for 7.8 billion people. Say the distribution is 5% of the currency value to ensure stability as a percentage of global GDP growth. This is a total market valuation that makes Ethereum and BTC look like small chips.

The doubling speed of POH means that these macro perspectives have to be considered as part of the roadmap. We could be there in 3 years if it keeps unlocking social capital in the way it does.

$ubi has to deliver at this scale otherwise it fails in its objectives. Another platform will print in this way (using POH or alike) to take advantage of the social capital opportunity.

we can make name.ishuman.eth registration for PoH verified EoA after burning X $UBI per year. We’ll save more on gas cost when ENS start supporting *wildcard in subdomain… 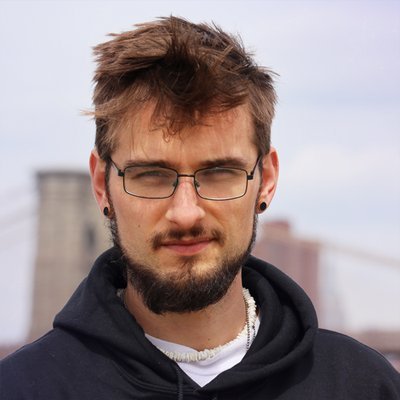 @santisiri I have the isHuman.eth address. Would be cool to point it at a contract that points to this method!
2 Likes
Nachobr November 9, 2021, 5:59pm #7

is that you on tw c0ffee?